Ambulances are vehicles that are used to speedily transport people who are sick or injured to the emergency room. However, some ambulances are called for urgent rather than emergent situations when there is no other method of transport available. For example, when a child with a lifelong physical illness happens to have acute symptoms while at school, not even the school nurse can leave the campus to take the child to the hospital in case another child happens to walk in the room in need of medication or any other minor medical treatments. The parents will not usually be available to take their child to the doctor themselves so the nurse will usually resort to calling the non-emergency ambulance to transport the child to a local urgent care or emergency room. 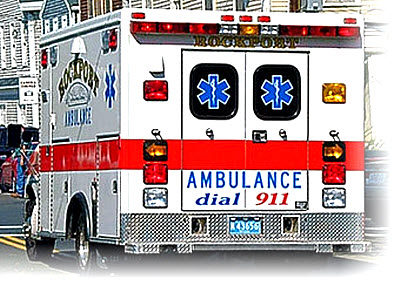 The word ambulance is derived from Latin “ambulare” which means to “move about”. It originally referred to the mobile hospitals, which would follow infantry platoons through their battlegrounds. In the U.S., ground ambulances date back to as far as the Civil War when wagons called ambulance wagons were used to lift wounded soldiers off the ground to be treated. By the time of the Prussian War in France in the 1870’s, their field hospitals were alternately being referred to as ambulances. Field hospitals were simply facilities that were the first to administer medical aide to wounded soldiers and keep them temporarily until they were ready to be transported to a mainstream facility.